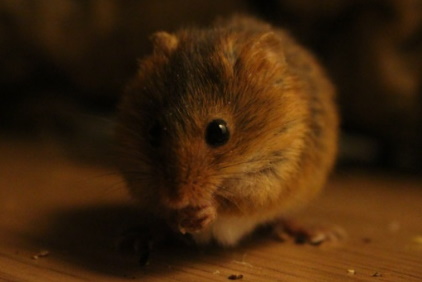 The Harvest mouse is sadly increasingly threatened in its natural habitat in the UK due to intensive farming, grazing and a reduction in hedgerows. Captive breeding programmes aims to commence a re-introduction programme by releasing mice into carefully selection and protected areas which have a variety of species of grass and reeds.

It should be noted that the only responsible way to release Harvest mice into the wild is through a captive breeding programme such as the Chester Zoo harvest mouse reintroduction programme or the New Forest Wildlife Park. You cannot simply release your own privately-bred harvest mice to the wild, not only does the Animal Welfare Act 2006 make this illegal but many of these lines are from mainland Europe whereas they need to be from a known wild origin.

It can also be advisable to breed at least 5 generations of harvest mice before releasing any individuals as part of a harvest mouse reintroduction, as this will highlight any genetic flaws and ensure you only release harvest mice that are healthy.

Releasing any animal without the adequate support and knowledge is very irresponsible and has a high chance of only condemning the animals to death.

Before becoming involved in a harvest mouse captive breeding programme it is advisable to keep a small group in a same-sex group as pets only. This will allow you to grow accustomed to their care.