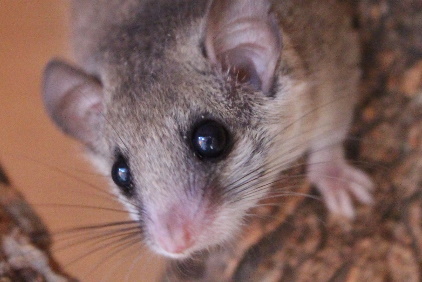 Dormice reach sexual maturity around 5 months and are one of the hardest rodents to sex. The best method in sexing pygmy dormice is to place pups in a see through jar or container that they cannot escape from.

Due to the difficulty in sexing, and the long time to mature you may find a lot of breeders sell their young as unsexed.

To prevent inbreeding, it is important to introduce new blood in the colony. The best option would be to introduce young dormice, but since you cannot tell gender you may want to introduce adults to avoid issues later on. This is done on neutral territory.

Things to help the introduction include:

Your new Dormice may nest alone for a few nights, but this is normal. In my personal experience I have found that it can be difficult to integrate family groups - I have found that the young and adolescents may be accepted but not the adults. Some dormice personalities may not match, and I've had girls before that will not accept any other females other than her own daughters.

Always make sure you have a spare, secure tank or vivarium so you are prepared for dormouse territory disputes. Keep a close eye on your colony so you should be aware if you need to separate your animals. The danger signs are quite obvious, especially with males where there is excessive chasing, fighting and one dormouse may be pinned with the other holding it down.