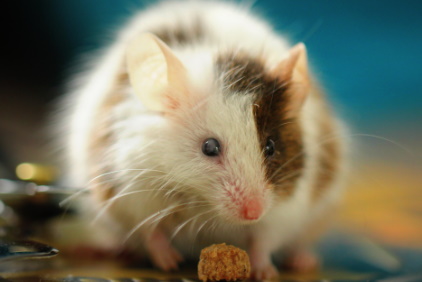 There are a number of exotic mice species that can be kept as pets, although this may vary by your country.

African Pygmy Mice (Mus minutoides) are one of the smallest rodents and mammals in the world. Their tiny size can only really be appreciated first-hand. Adult African Pygmy Mice are only around 3-8cm long, 2-4cm of which is their tail. Their natural colour is agouti, although there is a grey/blue variant in captivity. They make very low maintainance and interesting pets although they cannot be easily handled due to their small size.

Dwarf Spiny Mice (Acomys spinossisimus) are bigger than African Pygmy Mice and have the stiff guard hairs typically of their larger counterparts. They are very rare in the Uk pet trade although some keepers have had successful litters elsewhere.

Fancy Mice (Mus musculus) are the domesticated breeds of the common or house mouse and come in a range of colours and coat types. Female mice known as does can live happily together in large groups providing given enough space, and fancy mice introductions are quite easy provided you know the process. Male mice, or bucks, are more prone to disputes and are only recommended for experienced mouse keepers.

Harvest Mice (Micromys minutus) is the smallest European rodent, native to Europe and Asia. These must be obtained from captive lines if kept as pets. Pet harvest mice cannot be released back into the wild - the only responsible way to release Harvest mice into the wild is through a captive breeding programme. Captive harvest mice live around 1.5 - 2 years.

Multimammate Mice (Mastomys natalensis) are also known as the African soft furred rat, Natal rat, Natal multimammate mouse and soft furred mouse. Although they are often referred to as a rat they are closer in size to a mouse, with adults weighing around 60-75g and measuring around 15cm. Tail length is 11cm. They are sometimes referred to as the link between rat and mouse. Due to their ability to have large litters, they are sadly most often bred as snake food so temprements may be aggressive.

Spiny Mice (Acomys (genus) is a collective term used for mice within Acomys. Spiny mice in the pet trade include the Arabian Spiny mouse (Acomys cahirinus dimediatus) and the more commonly available Egyptian spiny mouse (Acomys cahirinus cahirinus). Egyptian Spiny mice look similar to fancy mice with longer nose and bigger ears. Their coats that have very stiff guard hairs, similar to the spines of a hedgehog which is where the name comes Spiny mouse is derived from.

Zebra Mice (Lemniscomys barbarus) are also known as Barbary or African Striped Grass Mouse and are native to regions of Africa. Of the eleven or so different species of striped grass mouse it is the Lemniscomys barbarus that is both smallest at an average length of 3-4 inches and weight of 30-40g, and the most frequently found in the exotic rodent trade.