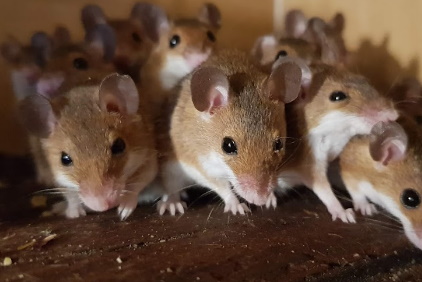 Colours are not standardised for African Pygmy Mice so these names may be known differently.

In my own colonies I have noticed a different in coat condition that does suggest a shinier, satin option could well exist and I do have animals with distinctly longer hair than others, with the possibility of curls although whiskers remain straight.