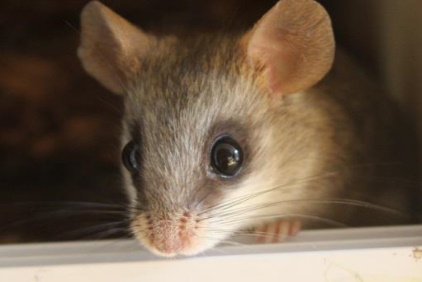 Acacia rats are a rodent from the Muridae family and are relatively uncommon in the UK as pets having only been imported in the millennium but are becoming more widely known as more people begin breeding them privately. They are around 12-16cm in length with 13-21cm tail and can weigh between 50-100g.

Acacia rats natural habitat is subtropical or tropical dry shrubland. As the name suggests, they would be found in areas with Acacia trees and may nest within them. The leaves and buds of Acacia trees and bushes, and the gum from its bark would form a major part of their diet. They would also forage for berries and roots.

Acacia rats are medium sized rodents with very long brown tails and a dark black line encircling their eyes which is similar to some species of dormice. They typically have light grey fur.

They have a lifespan of around 3 years, with some living to 5, and can live in same or mixed sex colonies relatively peacefully.

Introducing new Acacia rats to each other can however be extremely tricky and require a split-cage much like Mongolian Gerbils. It is best to always get a young pair or group from the same colony (or unrelated, if breeding) so they can grow to maturity together.

Acacia rats are tree rats so as this would suggest are excellent climbers and extremely active; a large arboreal cage should be furnished with plenty of branches, ropes and other climbing material. Cardboard tubes are good but anything plastic should be avoided. They are very intelligent, with distinct personalities so it is important to provide plenty of natural enrichment and space to prevent them becoming bored.

Acacia rats don't tend to be very vocal unless threatened in which case they may loudly chatter their teeth. Providing you have found a keeper who has time to handle them, some Acacia rats can be quite tame and used to handling.

Diet should consist of a base seed mix including items such as mixed millets, acacia seeds, black rape seed, canary seed, nigerseed, small pinenuts, linseed, perilla, and hemp. They can also be given various fruit and fresh veg and insects such as crickets or mealworms. Acacia Honey can also be poured over their fruit on occasion for a treat. Water should always be available.

Since they are so new to the exotic pet trade they are better for an experienced rodent keeper, especially if planning on breeding Acacia Rats, since the care information is still being compiled for them in captivity. A good exotic vet, as with many species, should also be found in case of problems.