I think I got spoiled with all but one of my mouse intros going so smoothly. When I started out with my boy rats I thought it would be equally as easy. I read alot of what I now know to be nonsense regarding introductions and my learning curve was rather steep.

I blame Errol. Totally. Its not his fault bless him as he bimbles about the cage. Errol is a special rat, we often joke that he isn't of the same species and is just...an Errol. A hairless oddity who sees the rules, knows they are there and has firmly decided they simply do not apply to him.

Errol is the reason our intros take so long and we could never get away with 'just chucking them in' together. He has a fair idea of ratty etiquette, but that he doesn't need to abide by it at all.

So what has Errol taught me? What 'rules' has he smashed to pieces and myths has he busted? Let's see.

Once your rats have gotten to the stage of sharing a cage they will not fall out.

I think the key issue here is 'will not' being replaced by 'should not'. Errol fell out with his group quite spectacularly after a seemingly successful intro had been done before he came here. I have no reason to doubt that his intro was done properly, it was just that he had decided he hated everyone. Mostly hormonal I think. Status is fluid, don't automatically blame the intro for rats falling out, if your alpha gets ill the ones below him will go for his status. When he gets better they will shift back. Both ways involve scraps. If everyone blamed the intro, intros would go on for a year and you'd still see fights. Some rats are more confrontational then others and fights are not always down to status.

The only reason a group of boys will fall out is hormones.

Not exactly true, although it is perhaps the most common cause. But rats are not all about status and some disregard it. Errol was neutered after his fall out and whilst it calmed him down a little it was plain to see that it was that hormones were not entirely behind it. He would pick a fight with the alpha for stealing his food but not retain that status himself. He could pin the Alpha with his smallest claw but not care about rank at the same time.

The aggressor is the rat with the problem

No. If your alpha is having a pop at another rat consider what that rat did while you weren't looking. It is not just Errol that has taught us that. We saw rats pull fur and then run and squeal when they were told off...we would see the squealing and think 'what a big bully Greebo is being'. No, what little toerags they are being to him!

Errol was both the aggressor and the victim. He does not like being groomed. Yup...a rat who doesn't like to be groomed by other rats. He would become the aggressor because the others would not take the hint. Equally Errol can not understand why another rat would like to be groomed! So the poor boy has been told off many a time for not politely grooming his alpha.

Neutered buck to females is an ideal intro.

Only assuming the girls like the new boyfriend! Our girls squealed in horror whenever Errol touched them, squinting they little eyes up in disgust as he brushed past. We continued this intro for a whole week until we figured he'd had enough rejection.

Obviously this should be avoided if at all possible, and should never be for anything other than the interest of the rat, not your own convenience. However, Errol was as happy as pie to be on his own after for around two months. He didn't have to share his food, didn't have to put up with being groomed...or being told off for things he didn't understand. He ate, he played, he slept....he was a happy camper.

Why did we intro him anyway? A hairless rat needs fluffies in the cold weather. As soon as the temperature dropped he started to lose weight. Their metabolism runs faster anyways and we couldn't keep him warm enough without those little portable furry radiators.

When rats hate each other..forget it, they should not be together.

Took a long time to get to it but after neutering Dibbler and spaying the girls Errol successfully lived in the group. In fact he chose to move in with the boys one day and we went with it. He was ready. Dibbler and the girls were in their own group at this time so all we had to do was put the two groups together.

In my experience as the kittens grow and get bigger they suddenly decide that its not fair being at the bottom when you are bigger then the next three rats above you. This results in some months of bickering and scuffles as the rank order constantly changes. Not always...poor little Teppic was happy to stay at the bottom. In fact I took some retirees out as they were hating the younger boys constantly trying their luck.

Hammocks are not classed as territory

Again...a 'usually' should be inserted here. To Errol, Hammocks are gold and if you try and kick him out of it you will feel pain! Errol has shown us that some rats can get very possessive over them.

People who have bad intros are just being overprotective.

I don't enjoy watching my rats try to kill each other. It serves no purpose to push an intro beyond its comfort boundaries except for your own sense of pride or your own convenience. Neither of which is helpful to the rats.

You can't just chuck rats in together

I would have to say I have known people who have done this and been successful. They are occasions when this is entirely possible and safe although I would not recommend it if you are new to rat keeping. Its about going with your own rats.

An existing Alpha take over is very quick, much quicker then the establishment of rank in an intro

This makes a huge assumption that the current alpha is pleased to step down. If your two rats are evenly matched and both want to be the alpha (either to hang on to it or to be promoted) then you could well be seeing this battle for a good few days.

It also assumes all your intros are going to last ages in establishing rank order. Now this entirely depends upon your individual rats.

I have done several adult to adult intros where rank order was established and held after just a few hours. Initial rank order in adults is over with much quicker then kittens to adults as depending on attitudes of the rats concerned, your ex-alpha could make several bids to re-establish himself.

I am afraid that unless you have owned thousands upon thousands of them you cannot call a behaviour 'abnormal'. Different yes, some rats like Errol can be downright quirky..but not abnormal. That is a byproduct of a human condition that differences are bad. Differences should be celebrated not condemned.

So the moral of the tale? Do not assume. Do not generalise. Do not beat everyone else over the head with the sweeping statements you make as though it were some rat bible. Every rat is different, every intro is different every single group has a slightly different dynamic. Rats are complex creatures, intelligent and possessing of deep and emotional personalities.

Take others experiences as guides only. This is a guide and meant to highlight just how different rats can be. Be flexible to your own groups needs..ultimately if you stand there sure in the knowledge that they 'must' or 'must not' do something, you are all missing out.

I take it like parenting, there are things your kids can cope with that others can't and vice versa.

Please take this note as a guide, as in it I comment on my own experiences. When I say that this is this or that is that....I refer to my own rats. You may find yours do something entirely differently. 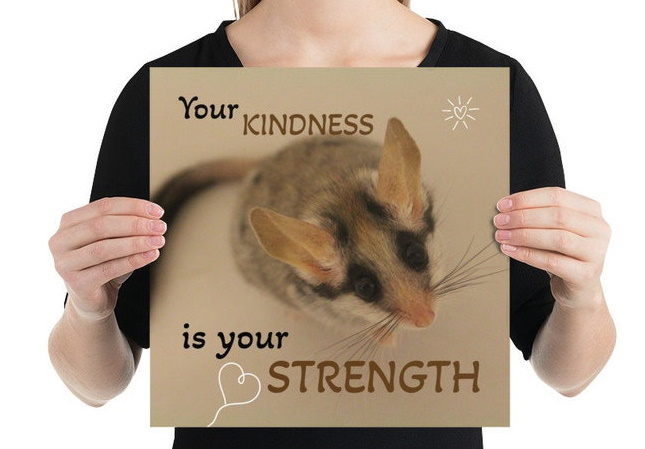